Get fresh music recommendations delivered to your inbox every Friday.

Our Day in the Sun 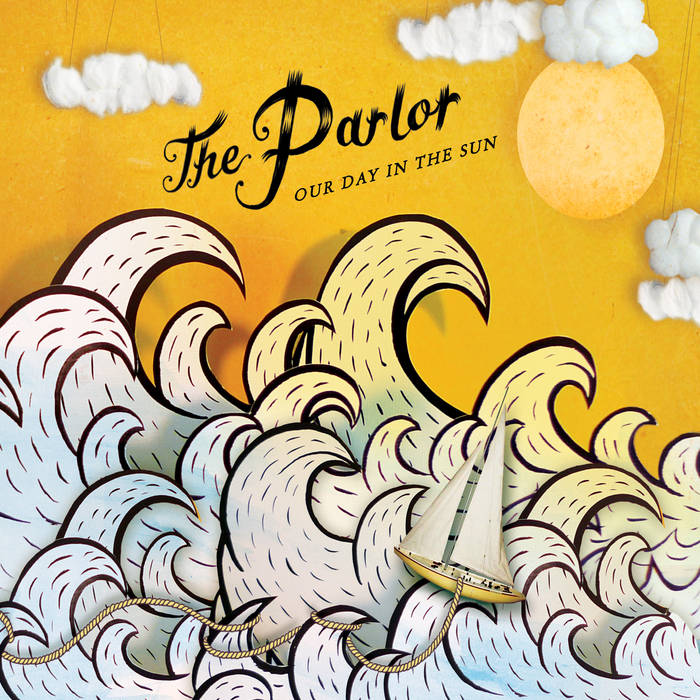 Florian Played it constantly for some days now, and it fits perfectly! Favorite track: You're in My Eye.

Our Day in the Sun chronicles the adventures of the authors through their traumatic trip from land to sea and back; from the obsessive mantras of grabbing for a dream to the restorative mantras of the post-grievous. It is based on a true story of ambition, demise and redemption told in musical vignette. Our Day in the Sun marks the arrival of trance-folk pop, with grooving stand up bass melodies, counterpoint guitars, haunting out-of-tune pianos, and poly-rhythmic percussion smashed against your speakers; Phil Spector’s wall-of-sound adapted and retrofitted from over-the-counter-microphones through state-of-the-art computer programs. Had Belle and Sebastian left If You’re Feeling Sinister to age in a cask full of Animal Collective and Radiohead this album would’ve been made already. But they didn’t. So we had to.

the parlor
our day in the sun.

all songs written, performed, recorded, mixed & produced by
eric krans & jen o’connor
aka we are jeneric
in the parlor of the kirk estate
altamont, ny 2010-2011

this album is based on a true story.
dedicated to alex, tim, dan, louis, adam, & donna.
xoxo.

thanks to frank moscowitz for mixing help, advice, & also for being awesome. to adam muro for letting us borrow his rhodes piano, dan maddalone for use of his stand-up bass, and the whole b3nson family for all of their love & support. also thanks goes to donna baird & nick matulis for helping to distract us with whiskey (which was made for pouring).

Named after a room in the 19th century farmhouse where they live, farm, and create, The Parlor is a project by husband and wife team Eric Krans and Jen O’Connor. The multi-instrumentalist, producer-composers create intimate art-pop intended to reflect some of the most powerful aspects of the human experience. ... more

Bandcamp Daily  your guide to the world of Bandcamp